By their own words, the people of Omaha consider the city to be the hidden jewel of the America mid-west. Having been there a few times myself, I’m inclined to agree with them.

The first time I passed through Omaha, I honestly wasn’t expecting very much. I figured it would be this dusty mid-west town with more prairie grass than anything else. The only reason I’d even considered setting foot in Nebraska was to visit a college buddy of mine who’d moved there with his family. I didn’t tell him to his face, but I’d honestly thought he was being a bit foolish moving out into what I considered the sticks. Turns out – I was the fool. From the time I arrived, Omaha captivated me with its culture, its attractions, and its charm. There’s a positive vibe running throughout the city that I don’t think I’ve seen in any other U.S. city. The people are incredibly friendly – they treat you like one of your own from the moment they meet you. It’s one of the best trips I’ve ever had. So much so that I’m even thinking about moving out there myself. If you’ve never been to Omaha, I promise you, it needs to be near the top of your list. To prove my point, here are three reasons why you should consider visiting, and possibly living in, Omaha.

Omaha has always been a convergence point for many different people. In the 1800s, it was the furthest point on the eastern track of the transcontinental railroad. This resulted in many different people coming to and heading out of Omaha. They brought their customs, traditions, values, and cultural heritage, and left an indelible mark on this historic city. Omaha takes pride in its rich diversity of cultural heritage and continues to showcase it today. The Joslyn Art Museum has one of the best arrangements of paintings, sculptures, and pottery I’ve ever seen. It features works focusing on the American Mid-West prominently (for obvious reasons), including those by Native Americans, but also has some amazing exhibits devoted to European and ancient Greek works.

The Henry Doorly Zoo and Aquarium is also one of the best of its kind. Spanning over 130 acres, the zoo is one of the best-concentrated habitats for learning about animals in the world. 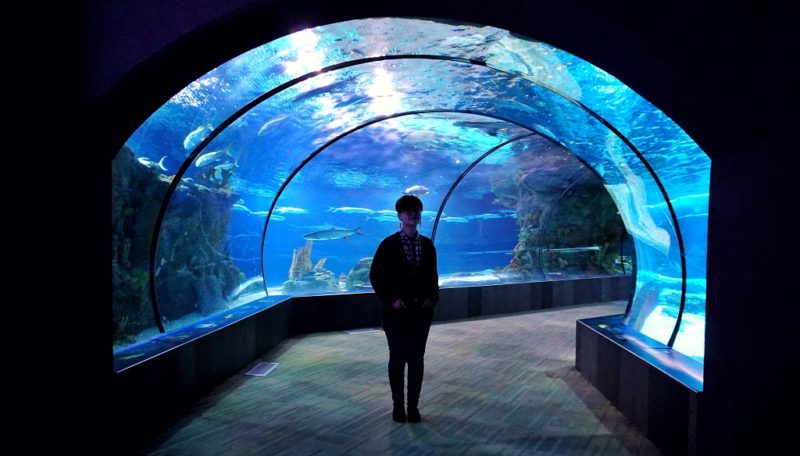 Not only does the zoo feature an incredible array of different species, but they also lead the world in their passion for protecting animals. The zoo understands that these creatures are not setpieces to entertain visitors – they’re living, breathing animals that deserve our respect and care.

These are just two examples, but Omaha is packed with amazing places to visit. Whether you enjoy site-seeing, shopping, or just relaxing in some beautiful scenery, I promise you – you’ll never be bored. The Warm and Welcoming People

Omaha is definitely a young people’s city. According to U.S. News & World Report, more than half the population is under the age of 40, with the average age being 35. This gives Omaha a youthful vibe that everyone can enjoy, no matter your age.

This isn’t to say that the people of Omaha are all young, wild, and crazy. Like I said in the introduction, the people in Omaha were some of the nicest people I’ve ever encountered. Also, even though they’re young, the majority of people in Omaha are married. There’s a level of maturity in Omahans, even in the youngest of them, that you don’t find in many other places. They enjoy their lives and love to have fun, but their family ties have made them more responsible and more conscious of the respect they extend to other people. It’s the perfect atmosphere for families looking for a safe, warm environment. Whether you go just for a brief visit or to live out the rest of your life, the people of Omaha will make you feel as much a part of the city as if you were born there.

It’s An Easy Place to Live

Omaha is a great vacation or living destination if you want to make every penny count. On average, families earn a bit more than other American cities but enjoy a lower cost of living. This means you can enjoy this wonderful city for a lot less money, whether you’re just visiting or looking for the perfect place to live. With an average of commute time of 20.2 minutes, 5 minutes less than the national average, it’s easier to get around Omaha as well.  With a population of just under 1 million, there are far fewer people competing for space in Omaha. This will save you money on gas from idling in traffic, as well as wasted time trying to get around.

If you do decide that Omaha is the place you’d like to settle, you’ll be a welcome addition to their workforce, no matter your profession. Agricultural pursuits like ranching and beef farming have long been staples of the city’s economy, but it’s welcomed new innovation with just as much fervor. Burnt out by the hustle, bustle, and corporate interference that’s beginning to dominate Silicon Valley, many young entrepreneurs have started up their own tech firms in the heart of Omaha. This has resulted in a city where the cowboys get along just fine with the tech geeks, and everybody has a sense of belonging. It’s just a testament to the outstanding character of the people who call Omaha home. No matter what you pursue in life, Omaha has a place for you.

Top 10 Destinations for a Winter Vacation in America